A Tale of Two Roasts

There's something comforting about a Sunday roast, and in this post I'm checking out two of West London's finest. Whilst neither Kensington nor Fulham are amongst my regular haunts, I thought I'd slum it for the blog. The things I do for my readers! 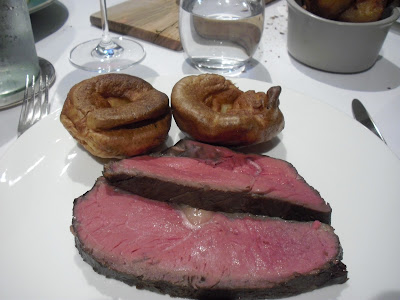 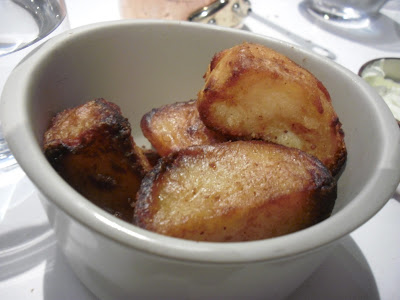 Every now and then, it's worth doing Sunday lunch in style, especially if you're meeting some other blogger types, which is why we ended up at Launceston Place. This fine restaurant needs little introduction and from the off, it's obvious why I've seldom read a bad word about it.

The main event of roast Longhorn beef, served with roast potatoes, vegetables, Yorkshire pudding, horseradish and gravy was top notch with a special mention for the humble 'tater, which were crispy on the outside and fluffy on the inside. If I had a minor grumble, it was that there wasn't enough gravy to go round initially. Although it didn't help that TomEats virtually used up the entire first batch! But it was no big deal, as they soon brought out more.

The other courses were none too shabby either, kicking off with a wonderful starter of duck egg on toast with Somerset truffle. 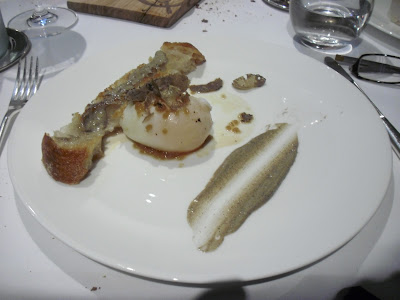 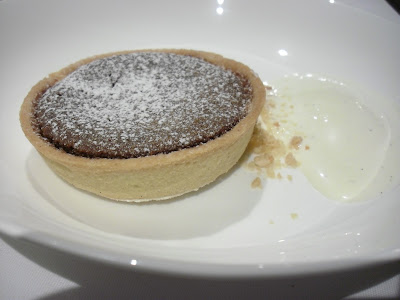 I also adored the warm treacle tart although it was ever so slightly let down by the quickly melting crème fraiche ice cream.

But for all the excellence of the three courses, it's the little flourishes that make Launceston Place such a treasure. I'm thinking of the devilled crisps, the superior bread, the refreshing pre-dessert, and the nicely presented petit fours. Throw in excellent service, a stylish dining room and it's no wonder that this restaurant has such a devoted following.

Three courses cost from £26 on Sunday lunchtimes (it depends on supplements and which menu you choose from) and it's worth every penny.

A bit further along the District line on Parson's Green is one of London's most maligned pubs, The White Horse. This Fulham pub has long been known as the 'Sloaney Pony' due to its reputation as a meeting place for 'rahs'. Whilst many of its customers are undoubtedly well heeled, I think this reputation is a bit unfair as this boozer attracts a diverse clientele with its fine food and excellent selection of beer. For example, my distinctly 'non-rah' civvie mate, Mr Pak Choi is a big fan and he persuaded me to check it out for Sunday lunch. 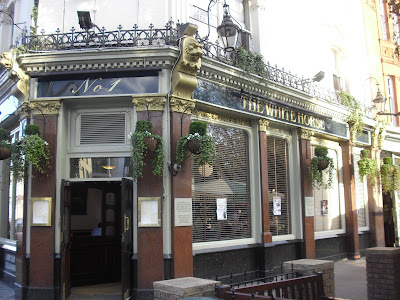 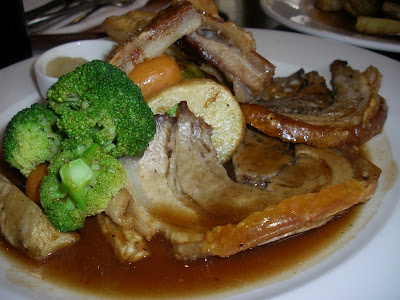 The Sunday roast options comprise of rib eye beef, Romney Salt Marsh lamb, Gloucester Old Spot pork belly, half a chicken and a vegetarian choice. I plumped for the pork belly whilst Mr Pak Choi went for half a chicken. The beef was tempting but without sounding like a total foodie-twat, I was put off by the menu not disclosing what kind of beef was being served.

I've not always had the best experiences with 'muggle-style' pork belly so I was pleased that this roast was properly seasoned and had crispy crackling. There was also a nice bit of stuffing and the Yorkshire pudding and roast potatoes were pretty good too.

Mr Pak Choi remarked that 'in a world where chicken often doesn't taste of anything, it's reassuring that this chicken actually tastes like chicken should’. I shouldn't take the piss out of my mate coming over all 'food critic', when I'm the one with the food blog!

In terms of quality and quantity, this is a superior pub roast and it's also excellent value at £13.95. One last thing, I recommend booking, as we only just bagged a table despite getting there before 1pm.