Off The Blog 7 - Eating In Soho

It's been a hell of a long time since I last did an 'Off The Blog' summary. 15 months to be precise. Well, better late than never, here are three places in Soho to get your chopsticks into. 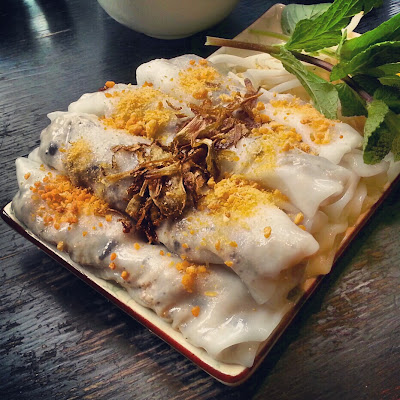 One of my favourite Vietnamese dishes is bánh cuốn, a rice noodle roll that shares some similarities with Cantonese cheung fun. Although there are many Vietnamese restaurants in London, few sell this superior dish. Café East in Surrey Quays does, but its version doesn't come anywhere close to the bánh cuốn at Cây Tre Soho. Filled with ground pork, wood ear and shitake mushrooms, a large portion makes an ideal light lunch. Recommended.

For a previous review of this restaurant, click here. 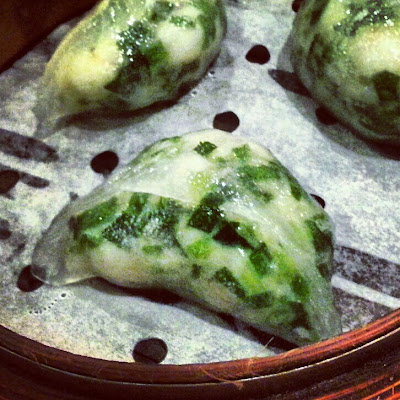 Following a long forgotten incident involving Pa Noodles getting the hump about some over-battered fried squid, I hadn't been to Golden Dragon in a long, long time. In the intervening years this Chinatown veteran has barely changed. As far as the food goes, there were some moments of class such as the chive dumplings in the photo and the beef satay fried ho fun noodles. Less successful was a dish of over-greasy fried dough stick cheung fun and some lacklustre xiao long bao. That said, I enjoyed my lunch in this buzzy atmospheric Cantonese restaurant. And while there is superior dim sum to be had in the capital, Golden Dragon is one of the better choices in Chinatown.

For a guide to my favourite London dim sum restaurants, click here. 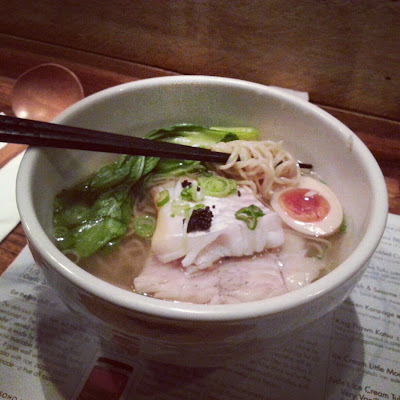 Soho Ramen is the latest offering from Tonkotsu Bar and Ramen, which sees own-made ramen noodles paired with shio-based pork and chicken broth topped off with smoked haddock, a bit of caviar, pak choi, half an egg, menma and spring onion. The clear, mellow soup (a lighter style compared to this restaurant's signature tonkotsu broth) is an ideal match for the toppings, as it allows the flavour of the smoked haddock to shine through. But the real star of the show is the own-made ramen; these springy alkali noodles are arguably the best of their kind in the capital. I previously had Shoryu and Bone Daddies ahead of Tonkotsu in my London ramen rankings, but on this showing I may just have to reappraise my opinion. 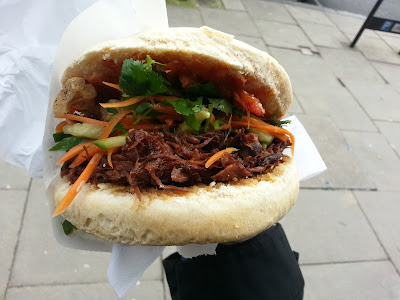 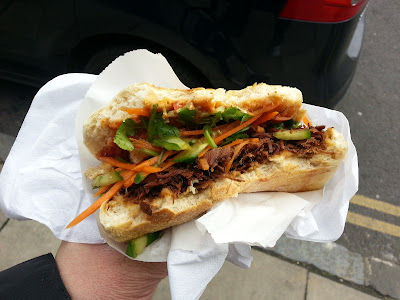 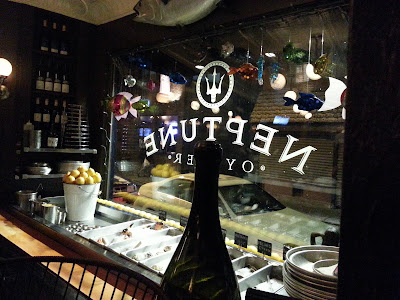 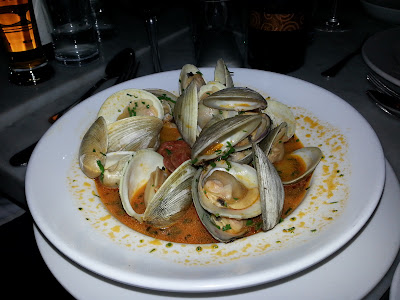 PS: OK then, you've twisted my arm, here are a couple of other tips for Boston. For lobster, try Atlantic Fish and for steak, try Abe & Louie's. Neither is particularly cutting edge, but they're both comfortable and serve good quality food and wine. Sometimes that's all you need when you're far from home and knackered after a hard day at work.
Posted by Mr Noodles at Friday, February 08, 2013 2 comments: