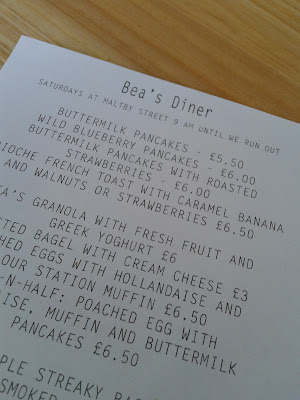 I've been busy lately, so I haven't quite got round to finishing the rest of my posts on Beijing. The thing is I have too many photos, too much to write to about, and not enough time. But they will see the light of day! In the meantime, here's a quick post on Bea's Diner (an offshoot of Bea's of Bloomsbury) at Maltby St Market. 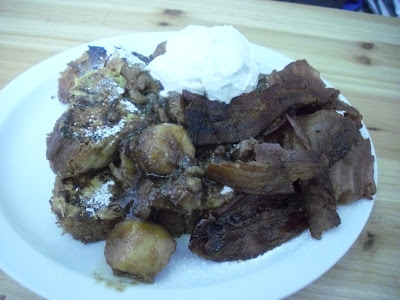 There's quite a bit of choice at Bea's, and I was torn between the buttermilk pancakes and the brioche French toast. In the end I decided to go with the latter, which came with caramel bananas and walnuts. Oh, and I decided to order a side of streaky bacon (it didn't seem right to have breakfast without bacon). 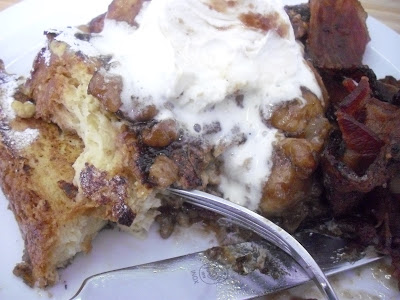 While I wouldn't describe what arrived as being the most aesthetically pleasing plate of food I've ever eaten, I wasn't that bothered as long as it tasted good. It did. In particular, I loved the caramel bananas, which went really well with the French toast. The walnuts gave the dish crunch, and I was also surprised how well the salty bacon went with what was essentially a largely sweet concoction.

The breakfast was also bloody good value, and I was proper stuffed. So much so, plans to eat my way round the market were shelved (perhaps this is part of an evil masterplan by Bea to take over Maltby St through the medium of breakfast). Anyway, it goes without saying that I'll be back. Next time, I think I might try the pancakes, or maybe the poached eggs and muffins.