Long time readers of my blog will know that I am obsessed by Din Tai Fung (鼎泰豐) - I've even campaigned for them to open in London. So it was inevitable that when I was in Hong Kong, I would pop into their Causeway Bay restaurant, not once, but twice, to sample their world famous xiao long bao (小籠包) as well as some of their other treats. 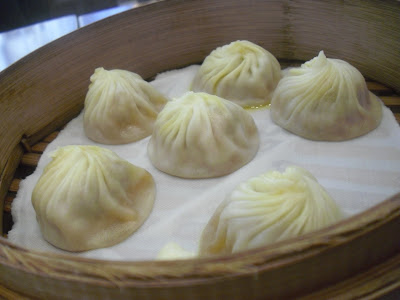 It goes without saying the xiao long bao (小籠包) are different class whether they're the standard pork ones or the blingier pork & crab variety (蟹粉小籠包). The elastic dumpling skins are so delicate yet there's seldom any leakage of soup. 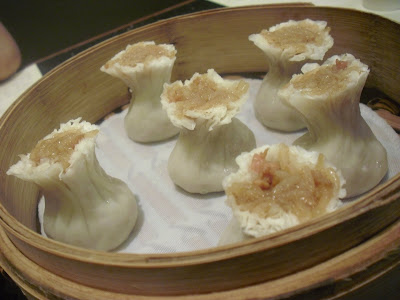 Of the other dumplings, I'm a big fan of the glutinous rice & pork shao mai (糯肉燒賣). In case you're wondering, these shao mai are Shanghai-style and differ from the more familiar Cantonese-style. Be warned though, the glutinous rice is quite filling. 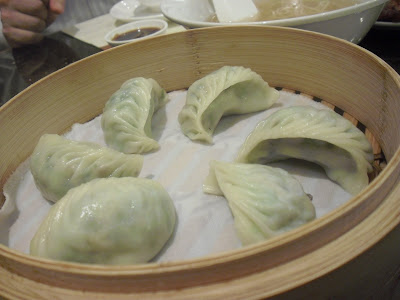 Less successful were the steamed mushroom & vegetable dumplings (香菇素餃). I guess I just don't like this style of dumpling. They're a bit indelicate for my liking and the filling wasn't much cop either. 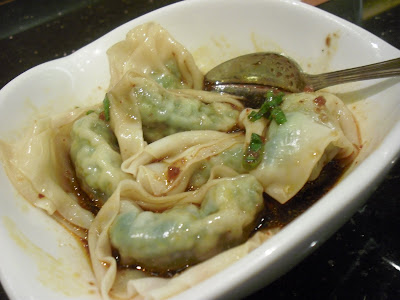 Whilst most of Din Tai Fung's offerings are either Shanghainese or Taiwanese in origin, there is the odd interloper like these tasty Sichuan-style chao shou (紅油抄手). These are essentially wontons in chilli oil, and they are proper spicy. 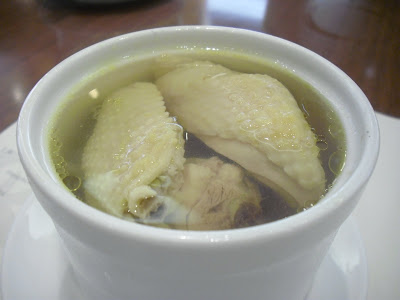 The first time I had Din Tai Fung's steamed chicken soup (元盅雞湯) was in Shanghai. This rendition wasn't quite as good as I remembered but it's still well worth ordering. You can also order this with noodles, which come on the side, to make your own noodle soup. 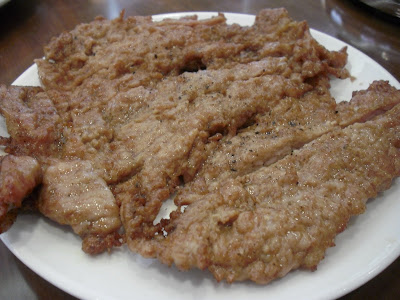 Din Tai Fung's Taiwanese roots are showcased by dishes such as fried pork chop (炸排骨). There was nothing technically wrong with this dish but there was too much five-spice powder for my liking. 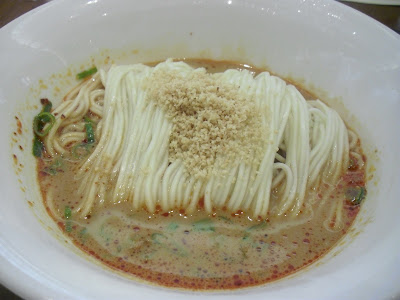 There's a wide selection of noodles but they were a bit hit and miss. One of the misses was the Taiwan-style dan dan noodles (台式擔擔撈麵). I found the sauce insipid with the peanut and sesame paste a bit overpowering. So much so, there was barely any heat. Perhaps this is how they like it in Taiwan. 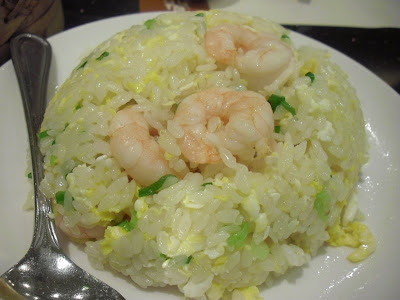 A much better bet for carbs are the fried rice dishes such as the shrimp & egg fried rice (蝦仁蛋炒飯). Other dishes that I can recommend include stir-fried greens and Shanghai-style cold starters.

Incidentally, when ordering at Din Tai Fung – you need a strategy. My advice is to order some cold starters and a first batch of dumplings to kick off with – it is critical that you don't order too many baskets of dumplings in this first order, as they don't taste as nice if left sitting around. When the first batch of dumplings arrives, order a second batch along with any other dishes that take your fancy. You can of course order further batches of dumplings but always keep a stagger so that you can enjoy them freshly steamed.

Whilst not every dish wowed, Din Tai Fung has a winning formula that fills both its Hong Kong restaurants with locals, expats, and out-of-towners on a daily basis. I'm also sure that it's a formula that would go down a storm in London. And indeed there was talk of Din Tai Fung setting up shop in London (and Paris) as far back as 2008, although I've heard nothing since.

The thing is I could live with Din Tai Fung not being in London if it just operated in its native Taiwan with maybe a branch or two in cities like Shanghai and Hong Kong. But knowing that they operate around 60 restaurants in 10 countries does beg the question: why not? After all, there are 10 branches in Singapore, a city half the size of London. And it's not as if they operate solely in Asia, as there are two restaurants in Sydney in addition to those in Los Angeles and Seattle.

Anyway, I have a plan. There are currently 11 branches of Ping Pong, a dim sum eatery for which I have scant regard, in London. My plan would see all of these become branches of Din Tai Fung. Overnight, dumplings of a higher order would replace Ping Pong's crappy dim sum. Unfortunately, I'm not an omnipotent London food tsar that can make these things happen, so I'm making an appeal to the owners of Ping Pong.

Please can you guys make an offer to the owners of Din Tai Fung to become their UK franchisee? Now I know Ping Pong probably makes a fair bit of money, but by my reckoning Din Tai Fung can probably make you more. And not only that, just think of the respect and gratitude that you will get. Now I know I've been a bit rude about Ping Pong, but it's nothing personal. I just want to see a better class of dumpling in town. So what do you think, Ping Pong?

In the meantime, let's keep the campaign for Din Tai Fung to open in London going – please drop them a friendly note by clicking here.

Update June 2013 - For a more recent review of this restaurant - please click here.