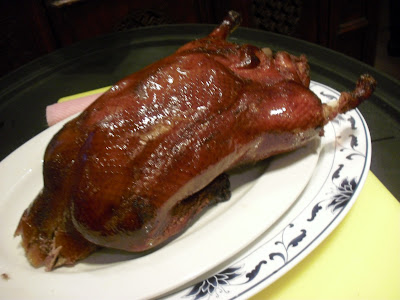 Does it matter where you eat a particular dish? If Beijingers are to be believed, it does. To them, the only city on earth to eat Peking duck (北京烤鸭 Beijing kaoya) is the Chinese capital. For want of a less pretentious word, it's all about the terroir. After all, the top Beijing restaurants use only locally bred birds that are roasted in a special oven fired by fruitwood from local orchards. Before roasting, the duck is pumped with air, coated with maltose syrup, and left to hang to dry. This process takes a day and some restaurants even go so far as to prepare their ducks in climate-controlled 'hanging' rooms. Needless to say, this obsessive attention to detail is seldom found outside of Beijing. 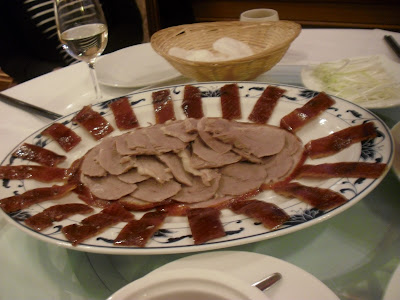 Over the years, I've had the good fortune to eat some mighty fine Peking duck at restaurants such as Ya Wang (鸭王) and Dadong (大董) in Beijing. The memories from these meals remain seared in the memory, unlike the rare occasions that I've sampled this dish in otherwise exemplary foodie cities such as Hong Kong and Singapore.

With that in mind, it should come as no surprise that until a couple of weeks ago, I'd never risked eating this dish in London. But I'm glad I did because the Peking duck (£42/whole duck) at Zen China is as good as can be expected outside of China. Juicy and succulent on the inside with flavoursome lacquered skin on the outside. My only criticism is that the skin could've been crispier, but I admit that I'm being slightly churlish on this point. 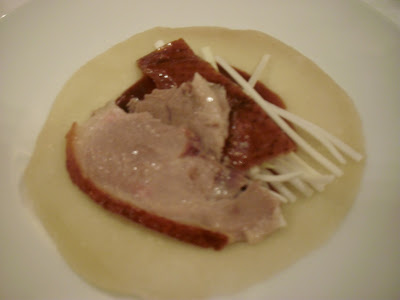 The duck was served in two courses, with an abundant helping of skin and meat for the first course alongside plenty of hand-made pancakes and the usual accoutrements of hoi-sin sauce, spring onion and cucumber. For the second course, the remaining duck (allegedly!) was stir-fried with diced vegetables and pickles, and served in a lettuce wrap. This was OK but I would've preferred just to have the rest of the duck carved up. 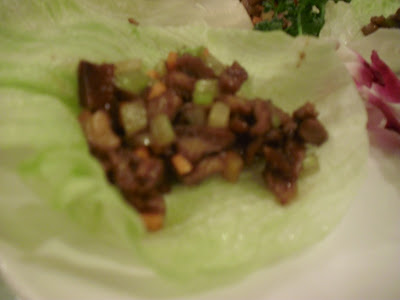 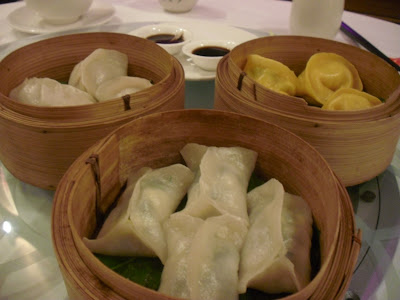 As there were only four of us, we were quite stuffed after the duck, so we just went for some dumplings to finish off. All of these were tasty, in particular the unusual combination of pumpkin & sea bass (top right in the photo).

Service was good, although the atmosphere was a bit muted, as the restaurant wasn't very busy. Together with a bottle of wine, tea and 12.5% service, the bill came to a very reasonable £98 between four.

Given its location inside the old County Hall, there are great views of Big Ben and other tourist sights. And that probably explains why most of the diners seemed to be from out of town. But for all that, Zen China is no tourist trap, and I'd be happy to return to check out more of their authentic Beijing/Northern Chinese food.