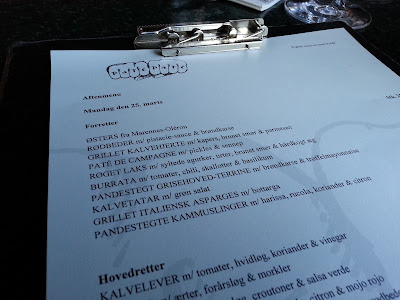 I know these attributes don't necessarily make a restaurant 'Copenhagen-style', but the thing with a smaller city is that a 'scene' can develop in a way it can't in London or New York, where there are many different culinary voices wanting their song to be heard. That said, in parallel to developments in Denmark, restaurants with a similar ethos are popping up everywhere. For example, The Clove Club in London is wowing punters with its no-choice tasting menu (I want those wood pigeon sausages!). Although derided by bitter, cynical hacks as food-for-Instagram or cuisine du blogeur, I really hope this is one trend that is here to stay.
Posted by Mr Noodles at Tuesday, April 16, 2013