For a city that has loads of Japanese eateries, it is surprisingly difficult to find tonkotsu ramen in London. Yes, Tsuru occasionally serve it at their Saturday ramen pop-ups, and yes, Toku sometimes has it on as a special. But few places regularly serve this dish; the only place in London I've found tonkotsu ramen is on the lunch menu at Nagomi in the heart of Mayfair. 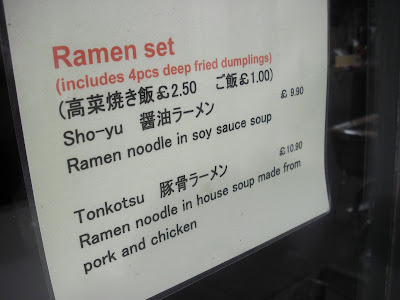 I ordered the tonkotsu ramen set (£10.90), which includes four deep-fried gyoza dumplings and some free edamame in addition to the noodle soup. (By the way, although tonkotsu features on the menu in the window, the same dish is described as pork & chicken soup on the menu card inside the restaurant.) 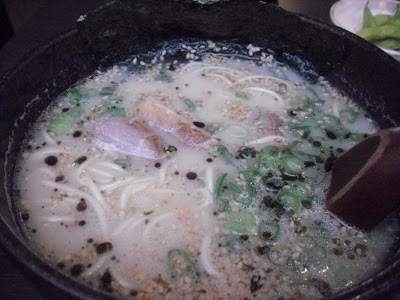 When the tonkotsu ramen arrived, it certainly looked like the real deal. The broth was just as it should be: milky white in colour with an oily sheen. On the side of the bowl was the regulation sheet of nori (dried seaweed), and the soup was topped with spring onions and sesame seeds. And for that ultra-authentic touch, globules of black sesame oil called mayu (マー油) were added to the soup. Taste-wise, it had a rich porky taste although purists may yearn for an even richer, thicker broth with that primeval whiff of collagen. 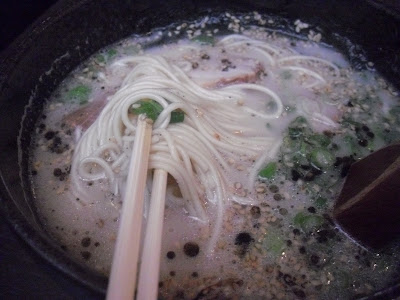 The observant among you will have noticed that the ramen in the photo is thinner than normal; this apparently is the done thing when it comes to tonkotsu given the thicker consistency of the broth. Ironically, though, I think I would've preferred the more common thicker ramen because, as I alluded to earlier, the broth wasn't as rich and thick as it might be. Having said that, the noodles were top quality and had enough 'bite'. (By the way, you're given the choice between thin and thick ramen at Nagomi.) 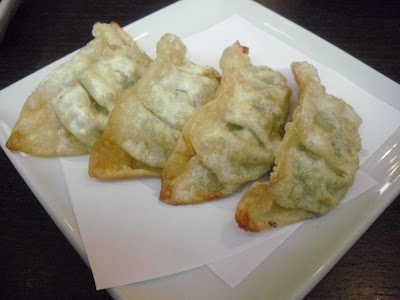 The downside? My bowl of noodles was a little bit spartan. There was no boiled egg, no menma (fermented bamboo shoots) and the three bits of pork were a little tired. It's just as well there were some tasty gyoza dumplings on the side to ward off the hunger pangs! Having said that, I prefer to dwell on the positives in that I've found somewhere in London serving real tonkotsu ramen.

Nagomi is definitely somewhere I'd like to return to. Looking around the intimate dining room, punters were enjoying not just ramen but also sushi, sashimi, tempura in addition to other good-looking dishes. The service was excellent and considering I was eating Japanese food in Mayfair, I thought my lunch was a steal at around £15 including a drink and 10% service. Recommended.