Of the myriad regional schools of Chinese cuisine that have arrived on Britain's shores in the past decade, one that is grossly underrepresented is the food of Fujian province, in particular that of its capital, Fuzhou (福州). Especially when you consider that many of the workers in Britain's Chinese restaurants (irrespective of style) come from the Fuzhou area.

Whilst New York's Manhattan Chinatown has many Fuzhou restaurants, they are less common in London. But that's not to say that they don't exist, as there's the Fuzhou Restaurant on Lisle Street and the venue for the meal featured in this post, New Aroma on Gerrard Street. 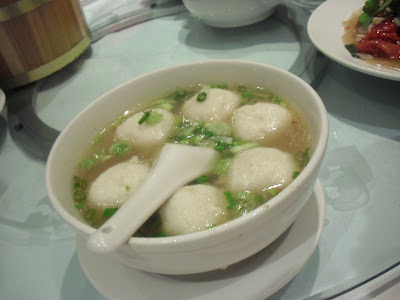 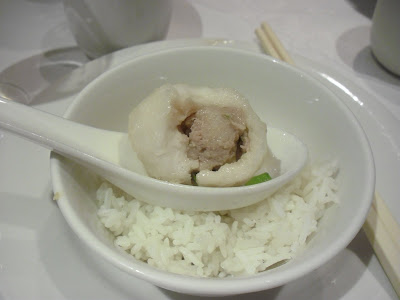 One of the best-known Fuzhou dishes is fishball soup (魚丸湯 yu wan tang), which is one of those dishes that transcends its roots and can be found in non-Fuzhou eateries. Fuzhou fishballs differ from normal ones by having a ground pork filling. Unlike many restaurant fishballs, these were 'own-made' and all the better for it. 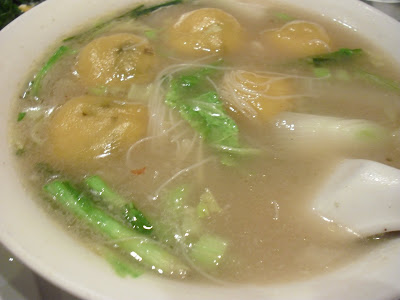 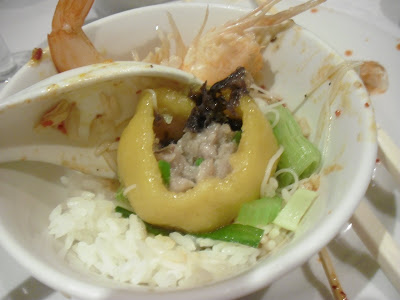 It seem that balls loom large in Fuzhou cuisine, as evidenced by the sweet potato balls (蕃薯丸 fan shu wan) – these were another favourite of mine. The filling of ground pork and seaweed was damn good, and it came with a tasty broth with rice vermicelli (米粉 mi fen). 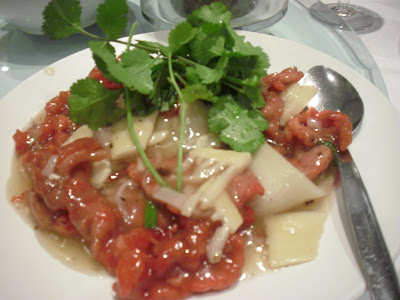 Other classic Fuzhou dishes include lychee pork (荔枝肉 li zhi rou), a sweet and sour style pork dish, so-called because the pork pieces looks like lychees. Other favourite dishes from the evening include eel in red wine lees (紅糟鰻魚 hong zao man yu), and a seafood noodle dish, whose Chinese name escapes me. 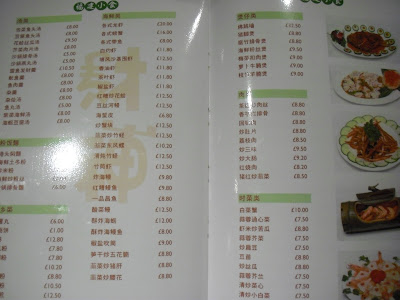 Incidentally, New Aroma also serves Cantonese food (both the real stuff and the Anglicised variant) as well as Sichuan food. Whilst these menus are in English and Chinese, the Fuzhou menu is in Chinese only. Our servers were helpful and they will probably help translate the Fuzhou menu, if you ask nicely.

Being a bit of a food trainspotter, I enjoyed sampling a cuisine, that other than Fuzhou fishballs, I hadn't really tried before. So I'd like to thank Limster, he of Chowhound fame, for deciphering the Chinese menu and ordering so adeptly, and Kake for organising the gathering.

If you want to know more about this restaurant and Fuzhou food (let's face it, my reviews are pretty half-arsed nowadays) then check out this Chowhound thread and the write-up on the Randomness Guide. For more photos of the food, check out this flickr stream.