To be honest I have very little clue where and what I ate when in Tokyo a couple of weeks ago. The thing is I'm no expert in Japanese food. Combine that with jetlag and being a bit pissed most evenings means that this isn't going to be one of those blog posts that people will be referring to when planning a trip to Tokyo. 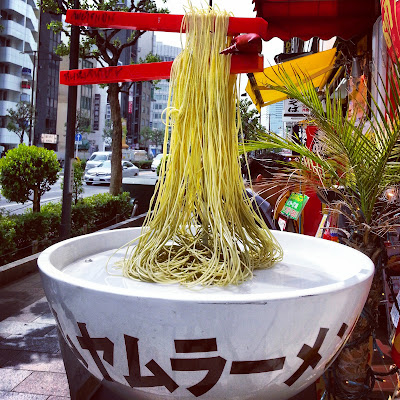 Having said that I do know a little about noodles, and as I ate these for lunch it also meant I wasn't inebriated. Of the noodles I sampled, by far the best was a quite amazing mutant-tonkotsu ramen (photo, below left) from a place called Kiwamiya, where the broth was made with not only pork but also chicken, beef, seafood and vegetables with a shot of shoyu (soy sauce) for good measure. This rich, viscous broth was packed full of flavour and was augmented with top quality pork and egg. The only slight negative was that the ramen noodle used was a bit too thick; I really shouldn't gone with kaedama (refill of noodles), as it left me in a noodle coma all afternoon. I can still scarcely believe that lunch here cost Yen 880 (less than the equivalent of £6). 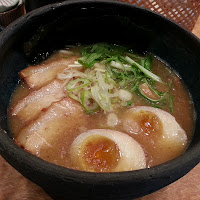 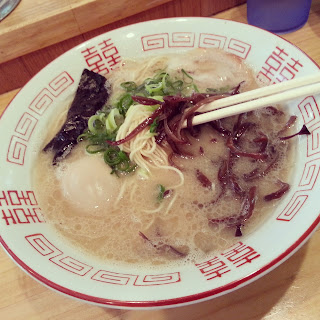 Of the other noodles I tried, I liked the classic Hakata-style tonkotsu ramen (photo, above right) from a place called HRC. Less viscous than the broth at Kiwamiya, it still packed a porky punch. London's tonkotsu contenders could learn a thing or two from this broth although its oily nature may scare off some punters. Oh, and rather bizarrely, this bowl of ramen came with a free bowl of rice. All this for the equivalent of a fiver – who said Japan was expensive? 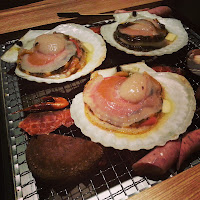 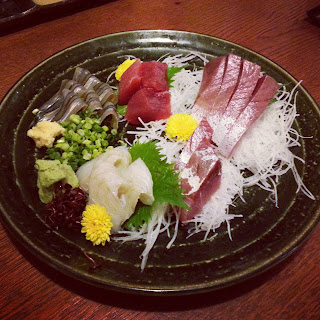 A concept in some Japanese restaurants is the set menu with a 'drink-all-you-can' element comprising of an unlimited pour of local beers, sake and shochu (sadly, there's no premium booze on the list). I'm pretty sure that if anyone offered free booze with meals in Britain, they'd be bankrupt within a week. Of the couple of places with this concept I went to, I really enjoyed the barbecue at Namiu – the scallops were amazing. As was the whole spread that kicked off with various cold dishes including sashimi and ended with a bowl of cold soba noodles.

The other place I went to has no English name nor website and all I can remember was that it served food from the southern island of Kyushu. The surroundings were more casual than Namiu but the sashimi (photo, top right) was just as good, if not better. 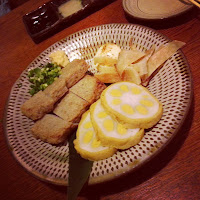 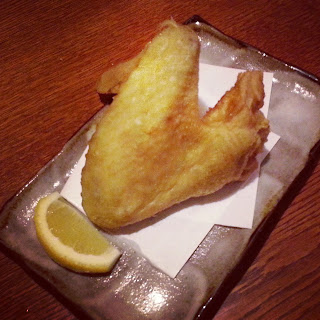 Course after course came, as did the booze. Dishes were either served as a platter to share or on individual plates. I was taken aback by one of the courses, which consisted of a fried chicken wing with a slice of lemon. It was nice chicken, but somehow it felt wrong in the middle of a banquet that otherwise did a fine job in showcasing the regional cuisine of Kyushu. In terms of atmosphere, this was my favourite despite walking into the toilet when a salaryman was having a dump (in my defence he hadn't locked the toilet door). 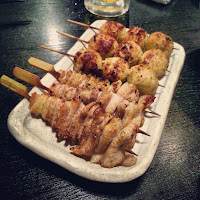 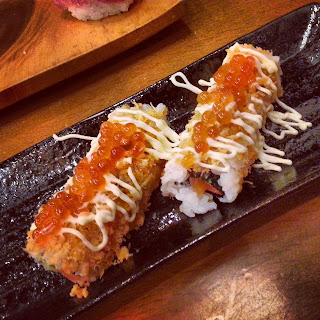 The other evening meals were a bit more casual with a fantastic sushi / sashimi dinner one night and chicken skewers at a yakitoria (is that a real word?) on the other. Despite not being 'drink-all-you-can', I enjoyed both with the yakitoria edging it on ambience. Of the food, my favourite dish was the tsukune (chicken meatballs) and extra portions were ordered. I would love to tell you more about these places but neither joint has a website and both are tucked away in impossible-to-find alleys. 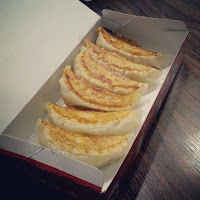 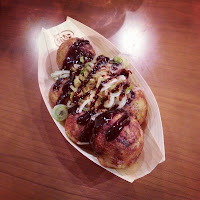 Last but not least, Tokyo's late night snacks are pretty tasty, too. The gyoza was a bargain at Yen 250 (less than £2) for half a dozen. These were made using a special gyoza cooker consisting of a hotplate with a hinged lid that steamed as well as grilled the dumplings. I also enjoyed some takoyaki (octopus balls) smothered with what tasted like a thickened Worcestershire sauce. These were damn tasty and with a cheeky beer, I recall getting change from a 1000 Yen note – another bargain!

All told, I enjoyed eating in Tokyo and for that I must thank my colleagues N and S who both looked after me superbly. I was particularly touched that they remembered how much I adore ramen from my previous visit.
Posted by Mr Noodles at Tuesday, May 07, 2013