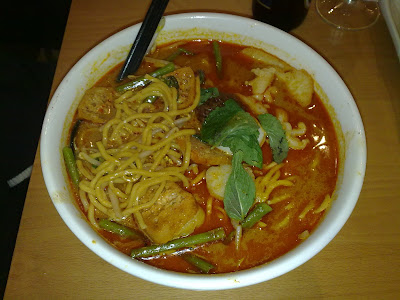 I've never understood why the Straits cuisine of Malaysia and Singapore isn't more popular in the UK. Given the popularity of Chinese, Indian and Thai food, you'd have thought it'd be a winner especially as it has much in common with all three.

Whilst Indian is the traditional choice for post-pub dining, I reckon Straits cuisine would make for a great way to end the evening. To put this theory to the test, I met up with my old mate, the Italian Shetland Pony, his missus and a few other muckers on a pre-Christmas Friday night out.

Now ISP and I have been mates since I first moved down to London from the North in the mid-90's. But it's funny how things turn out as he's recently made the opposite journey – this proud son of Essex now resides in England's finest county, Lancashire.

Anyway, this makes the rare nights out all the more special and after a few beers in Soho – all in the cause of research – we pitched up at Rasa Sayang sometime after 11pm. I've blogged about this place before as part of my soup noodles odyssey but the prawn noodles I had weren't the best choice so I thought I'd give them another post as I do like it here. 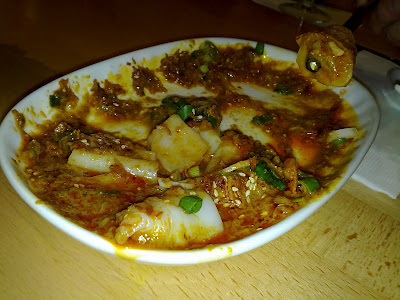 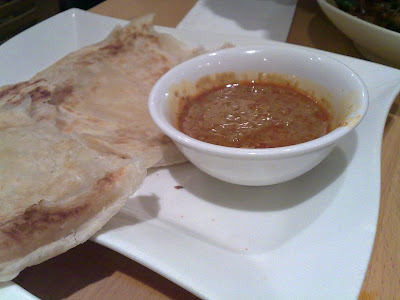 Being a bit of a control freak, I took charge and ordered some sides to share - three portions of roti canai, a portion of curry cheung fun (both pictured above) and two portions of spring rolls. The coconutty curry sauce in the first two dishes was really zingy and I wish I ordered more of the cheung fun as these rice noodle rolls were very more-ish. 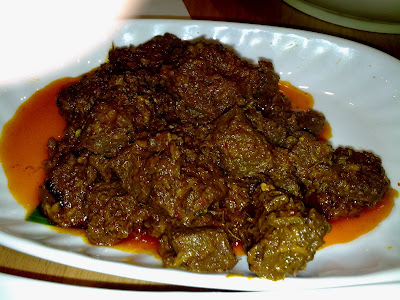 For the mains, I let people order their own - I had beef rendang (pictured above) – spicy yet with the taste of the coconut milk coming through. ISP ordered a giant bowl of curry laksa (photo at top) and I guess he enjoyed it as he soon polished it off. Other mains included nasi lemak, another beef rendang and a couple of dishes that I didn't make a proper note of – one was a stir fried noodle dish of Hokkien origins and the other was a chicken curry served with roti.

At this late hour, detailed analysis of the food was always going to be a big ask – 'it's all good' and 'this is tops' were the level at which most of the comments were pitched. The only decent attempt at proper critique was by ISP's better half on her chicken curry – 'it's got potatoes in it' and 'it's hot but in a nice way'.

A great end to a great night out – Rasa Sayang is ideal for late night dining be you sober or drunk. It was definitely superior to your average late night ruby and was great value at a mere £14/head including service and a round of drinks.

Postscript – you're probably wondering how Italian Shetland Pony got his nickname. The fact is that the ladies on my section at work gave him this nickname as let’s face it, he was no stallion. To this day ISP is adamant that I invented this nickname to curry favour with the ladies. But really what kind of a mate would do that ?