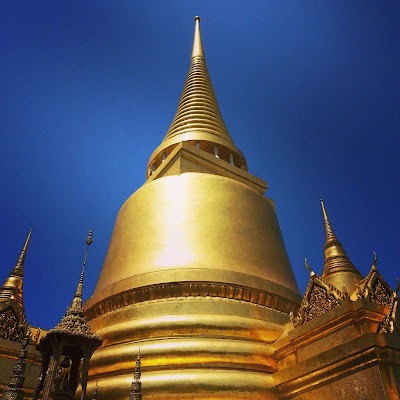 Whilst I steadfastly insisted on ordering dishes 'Thai-spicy' at every opportunity during my stay in Hua Hin, I was ready to give my guts a breather by the time I arrived in Bangkok. This could only mean one thing for a good Chinese boy such as myself: a trip to Chinatown. 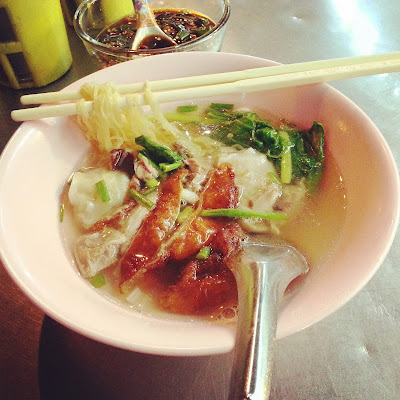 As darkness falls, the streets of Chinatown come alive with hawkers selling southern Chinese treats such as Cantonese BBQ, Teochew braised duck and Hainanese chicken rice. While the roast duck and wontons in my soup noodles aren't going to win awards, they were pretty good for the equivalent of 75p I spent on them. 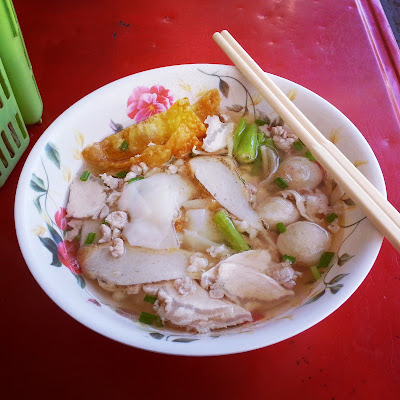 The Chinese influence on how Bangkokians eat isn't just limited to Chinatown. This is most evident at breakfast time judging by the gusto at which the locals were tucking into bowls of congee and soup noodles. Naturally I started the day with the latter, which came with loads of goodies including fish balls, fish cake, pork slices, minced pork, some veg and fried wonton skin. I tended to go for the broad ho fun rice noodles (called sen yai in Thai) but most stalls offer a choice of noodles. The soup is often quite mild (ideal for breakfast) but there are loads of condiments on the side if you want to pimp your bowl up. 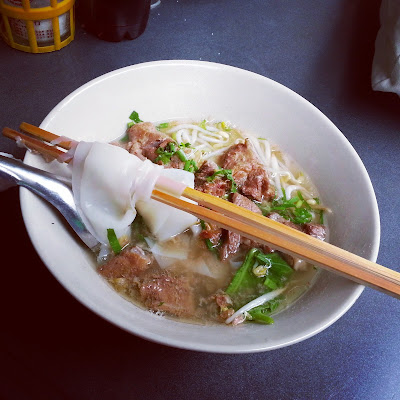 As you might have gathered I ate lots of noodles in Bangkok, and my favourite came from a stall on the edge of Chinatown. Through pointing and uttering random words of English, Chinese and Thai I ended up with a bowl of noodles that appeared to be the lovechild of Vietnamese pho and Chinese braised brisket noodle. By that I mean the herbs and crunchy beansprouts reminded me of pho whilst the anise-scented, melt-in-the-mouth brisket (with bits of tendon, too) was most definitely Chinese. My only regret was that I didn't order a second bowl. 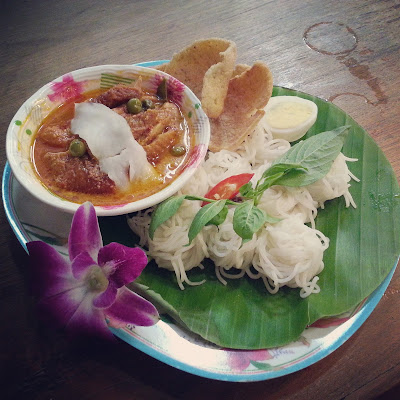 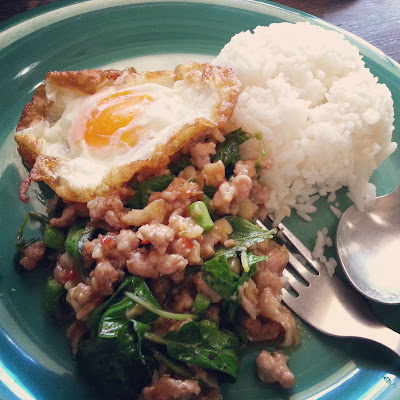 Away from the soup noodles I also enjoyed eating in small hole-in-the-wall joints serving dishes such as duck red curry with kanom jin noodles and pad kra pow with pork. The latter with its aniseedy hit from the holy basil is one of my favourite dishes (remember to ask for it to be served with a crispy fried egg). In other places I may have baulked at the undersized portions but this isn't a problem in Bangkok's hot climate where it's better to eat small and eat often. 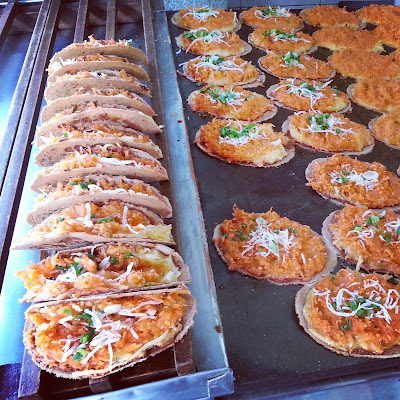 One thing I didn't dabble in as much as I would have liked is desserts and sweet snacks. That said I did enjoy crispy pancakes called mae prapha that were filled with egg, coconut, sugar and other stuff. They do look like tacos but I will resist the temptation to call them Thai tacos! 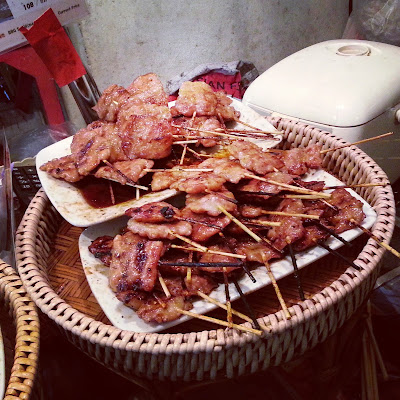 I wouldn't go so far to call it a disappointment but I expected more from the Soi 38 Night Market in Sukhumvit. The food I ate was OK and I may have been unlucky in my choice of stall, but there's a good buzz and when prices for pork skewers start at Baht 10 (less than 20p) one can't really complain. 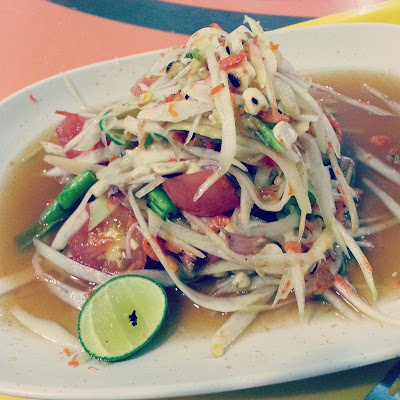 By contrast I was more than pleasantly surprised by the offerings in food courts such as the one in the MBK Center. I particularly enjoyed the som tam Thai there; it was a damn fine green papaya salad which left me perspiring heavily as I insisted on Thai spicy. 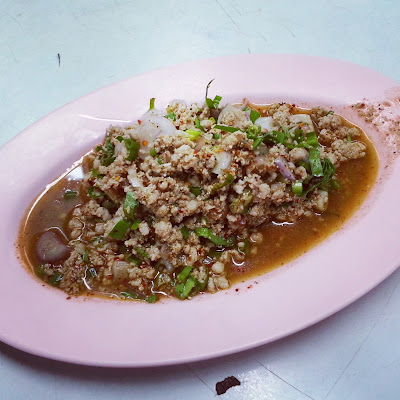 Thinking about it I preferred the som tam from the food court to the one I had at Somtam Convent in Silom. Thankfully, their larb was a far better offering and it went down well with sticky rice. While I liked this hole-in-the-wall, the food was a mixed bag; the dry and overcooked gai yang (Isarn-style grilled chicken) was particularly disappointing. There probably is better Isarn-style food in Bangkok but I lacked the language skills and radar to have discovered it.
Posted by Mr Noodles at Sunday, July 21, 2013