Like many a Chinatown around the world, a giant archway or paifang (牌坊) welcomes visitors to Havana's Barrio Chino. Sadly, this is just a facade, and what lies behind is a mere shadow of what was what was once the largest Chinatown in Latin America. 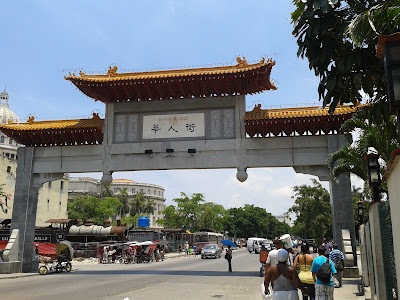 Many of you might be surprised to discover that there is a Chinatown in Havana, but Chinese migrants first arrived in Cuba as long ago as 1847. This first wave of migration consisted of indentured labour that worked largely in the sugar plantations. After their contracts ended, many moved to Havana and the Barrio Chino was born.

Later waves of Chinese migration followed and the Barrio Chino flourished. That was until 1959 when the Cuban Revolution swept Fidel Castro to power. This saw an exodus to the United States of not just the elite but also the middle classes. Amongst those that fled were significant numbers of Chinese Cubans who as business owners felt threatened by Castro's revolutionary socialist regime. Of those that remained, most intermarried and assimilated into Cuban society. 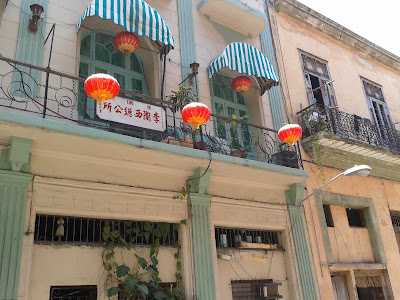 This, consequently, led to a decline in the Chinese Cuban population and the fortunes of the Barrio Chino. So much so that by the 1990's, the Barrio Chino had contracted to a few streets and was on the brink of extinction. That it survived was due to a combination of factors: the opening up of Cuba to tourism; the efforts of the remaining Chinese Cubans to preserve their identity and culture; and improving relations between Cuba and China. And it is arguably this last factor that is the most important, as much of the redevelopment (including the giant archway) was funded by the Chinese government.

Despite regeneration, much of the Barrio Chino remains in a state of disrepair. However, there are some vestiges of its golden age. In particular, some of the architecture has a distinct Chinese feel that wouldn't be out of place in China itself. So it's a bit of a shame that some of these buildings have been so thoughtlessly redecorated. I surprised myself at how angry I felt at the positioning of a garish modern sign that obscured the beautiful original Chinese shop front of one particular building. 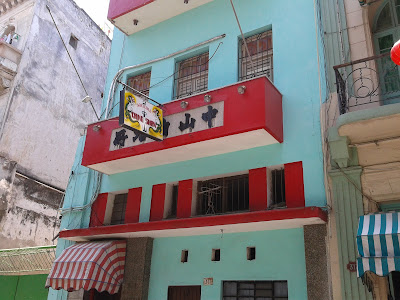 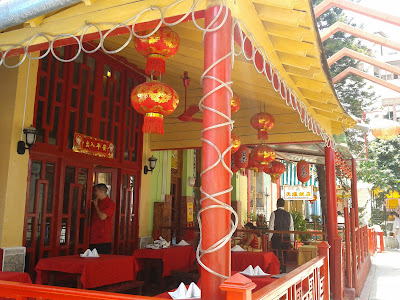 My mood didn't lighten when I found myself on Cuchillo, the redeveloped part of the Barrio Chino. Even by the gaudy standards of Chinatowns around the world, this street has a kitsch quality verging on pastiche. It just didn't feel like a real community, if anything, it felt more like a film set. This artificial experience was capped off by the appearance of waiters, hawking for business, who didn't look Chinese. In fairness, they could have been part-Chinese but they were unable to understand either Cantonese or Mandarin.

The menus they were hawking also made my heart sink, as the words chop suey featured prominently. Of all the restaurants that I came across, only one (Tien Tan) seemed to offer authentic dishes. It was no coincidence that it was also the only menu that I saw which had Chinese writing on it. However, I wasn't in the mood to dine in a grand restaurant. I was looking for something simple. 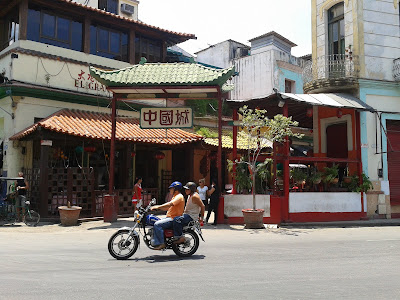 I thought I'd found just the place when I spied a take-away window at the side of a restaurant called El Gran Dragon. I thought that Chinese buns and dumplings would be available. I was sadly mistaken. They weren't. The only food that seemed to be on offer was pizza slices and toasted sandwiches. I decided to lunch elsewhere.

Walking away from the Barrio Chino, I experienced mixed emotions. Part of me felt profoundly sad that Havana's Chinatown is a mix of tacky redevelopment and urban deprivation. That said, history can't be rewritten, and it's unlikely that the Barrio Chino will ever recapture its glory days. So rather than dwell on the negatives, let's celebrate that Havana's Chinatown is hanging on in there. Whilst it might not be particularly big or authentic, its very existence is a tribute to the contribution of the Chinese community to Cuban society.
Posted by Mr Noodles at Tuesday, August 30, 2011