The Republic of Din Tai Fung

I still can't get my head around the fact that there are 12 branches of Din Tai Fung (鼎泰豐) in Singapore (more than any other city in the world). It's as if the city-state should be renamed the 'Republic of Din Tai Fung' in honour of the legendary dumpling restaurant. I visited the branch at the Wisma Atria shopping mall (one of three branches on Orchard Road alone). Joining me was an old friend, Mr Pak Choi, who also happened to be passing through Singapore. 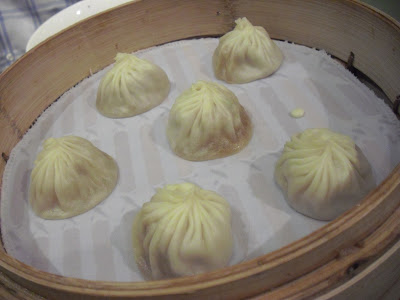 Naturally, we ordered some xiao long bao 小籠包 (which come in portions of 6's or 10's). These soup-filled dumplings were as good as ever. Of the two versions we tried, we preferred the pork & crab over the standard pork, as the crab lent some sweetness to the dumplings. Moreover, the pork dumplings were (by Din Tai Fung's standards) untidy in their construction. 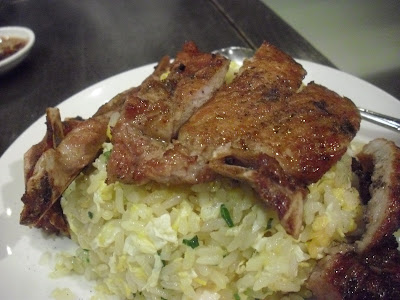 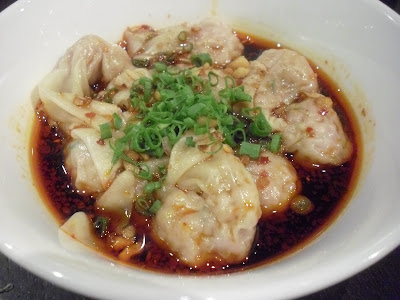 The wontons in black vinegar & chilli oil 紅油抄手 were good although I thought the vinegar/chilli oil ratio was skewed too much in favour of the former. Being a Sichuan dish, this dish should have been spicier than it was. 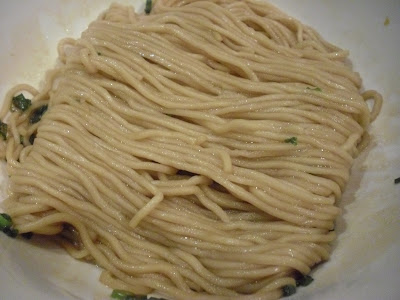 To complete our order, we went for some stir-fried spinach w/garlic and a portion of noodles in special sauce. Both were cooked to perfection, and I particularly liked the sweet soy dressing that came with the noodles. Having said that, I'm not sure Din Tai Fung should use the term 'special sauce' if they ever open up in the UK. 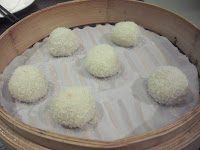 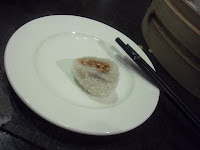 Six dishes between two was, probably, just about enough, but we couldn't resist something sweet in the form of peanut dumplings. This was, unbelievably, my first foray into Din Tai Fung's dessert selection, and the dumplings did not disappoint. These steamed mochi balls were filled with what tasted like molten peanut brittle laced with sesame – truly amazing!

What Mr Pak Choi didn't realise when he joined me for dinner was that he was being coerced into joining the campaign to bring Din Tai Fung to London. The thing is, and I don't mean this in a patronising way, he's more of a regular guy than me. He's neither a food blogger and nor is he obsessed with Chinese/East Asian cuisine. He's just someone who enjoys eating out while being receptive to different styles of food. In other words, exactly the kind of demographic that Din Tai Fung needs to attract if it is to be successful in London.

On the food front, Mr Pak Choi had no complaints, but he thought the ambience was lacking. I'm inclined to agree, as neither of us enjoyed dining in a space reminiscent of where a branch of Costa Coffee might be found in a British shopping centre. Apart from that, he could see no reason why Din Tai Fung wouldn't be a roaring success in London.

Long time readers of my blog will know what's coming next! This is where I beg you to add your name to the petition to bring Din Tai Fung to London by leaving a short comment on my other blog: Din Tai Fung London Fan Club.

Now I know some of you are thinking why you should bother supporting a campaign to bring a restaurant chain to London that you have never visited, and in all likelihood never even bloody heard of. Well the thing is you might not realise that Din Tai Fung is missing from your life, but until a few weeks ago nor did Mr Pak Choi. And you might NEVER know if Din Tai Fung doesn't open in London – so please sign the petition NOW!