Biang! A Gem In New York's Other Chinatown

Strictly speaking, Flushing in Queens isn't New York's other Chinatown, as the Big Apple boasts no less than seven Chinatowns. That said, those-in-the-know consider Flushing to be the one with the best food. Which is why we headed out there to try Biang!, the first proper sit-down restaurant from the highly regarded Xi'an Famous Foods stable. 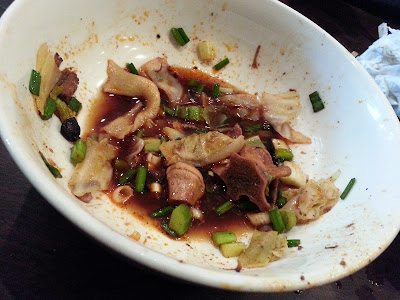 Being a contrary sod, my first impressions were that the restaurant was too trendy; you know what I mean, exposed brickwork and filament lamps. It felt a bit out of place alongside the more utilitarian feel of Flushing Main St. However, this inverted snobbery soon evaporated when I saw the menu, which majors in the cuisine of Xi'an, the capital of Shaanxi province in northwest China. This style of food, whilst undeniably Chinese, has Middle Eastern influences given the city's location on the Silk Road. 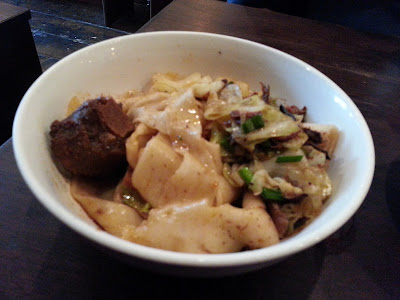 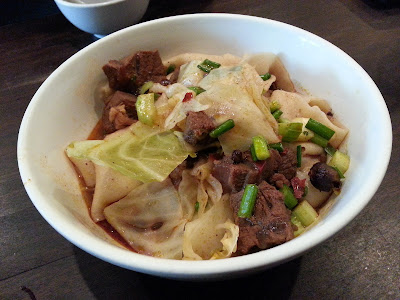 Both bowls of noodles were superb, as the gravy from the stew clung on to the chewy broad hand-torn noodles. My favourite was the oxtail with its warming flavours from star anise, cloves, cassia bark and dried citrus peel. In contrast, my friend preferred the beef with its punch from the Sichuan peppercorns and chilli. 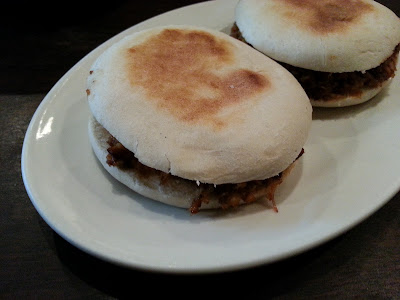 Another famous Shaanxi dish is roujiamo (肉夹馍), which can be found on the menu in English as stewed pork burgers (腊汁猪肉夹白吉馍 $5.00/2pcs). These flatbread sandwiches with stewed belly pork filling were very moreish. I was particularly impressed with the quality of the flatbread that I thought superior to the ones I've tried in China. 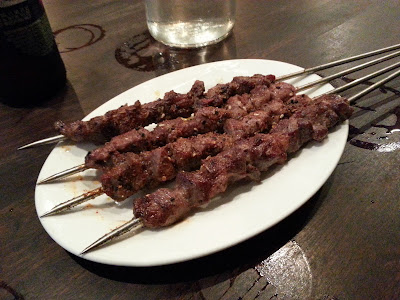 We also ordered spicy cumin lamb skewers (孜然羊肉串 $4.50/3 pcs with extra skewers for $1.50 each). These were swiftly eaten when despatched from the charcoal grill. I liked the juicy lamb skewers but I thought the chilli somewhat overshadowed the cumin. But really, that's not a big deal. There are other skewers on offer including esoteric body parts and organs as well as more prosaic offerings such as chicken.

A quick mention, too, for the drinks list; my beer-loving friend was impressed that it included some American craft beers in addition to better known Chinese and international branded beers. Incidentally, wine is not served but you can bring-your-own for corkage of $8/bottle. Overall the bill for the two of us came to a bargainous $45 including a round of beers and a generous tip for our cheery and exceedingly helpful server.

Biang! is a restaurant I would certainly return to if I ever went back to New York. Its menu is really interesting and ideally I would've corralled a bigger group to give it a good going over. Some might be put off by its location in Flushing, but the No. 7 subway train only takes half an hour from Grand Central Terminal, which is no time at all to travel for great food. But if you can't be bothered to go to Flushing then there are three branches of Biang's sister operation Xi'an Famous Foods in Manhattan, which serves a similar menu albeit in less comfortable surroundings.

PS: Click here to read about the Shaanxi food I ate in Beijing and here about where to find it in London. And this post by Hollow Legs may be of interest if you fancy having a crack at making biang-biang noodles.
Posted by Mr Noodles at Sunday, June 09, 2013